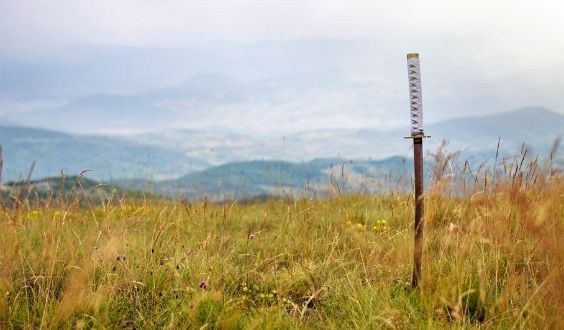 The Japanese Katana swords are some of the most popular and well known swords in history. It's easy to see why, because they're beautiful works of art that can be used as weapons or displays for your home. More than that, several television shows and films have utilized this iconic weapon, elevating its status further to reverence for many. It ... END_OF_DOCUMENT_TOKEN_TO_BE_REPLACED 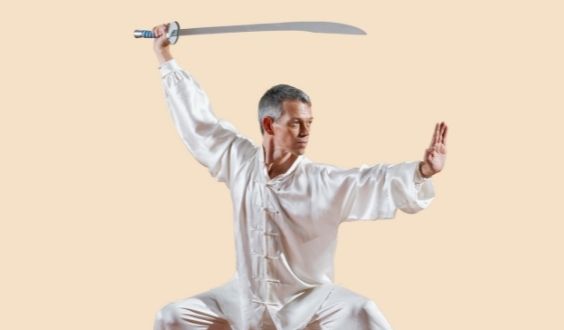 Chinese Swords: Everything You Need to Know

Chinese swords are beautiful and elegant weapons. While many sword enthusiasts would collect such a sword for decorative purposes, that is not the sole case. Like with many swords, practicing Chinese sword fighting is an art form that has been around for centuries. These swords are one of the most popular types in the world. They come in many different ... END_OF_DOCUMENT_TOKEN_TO_BE_REPLACED 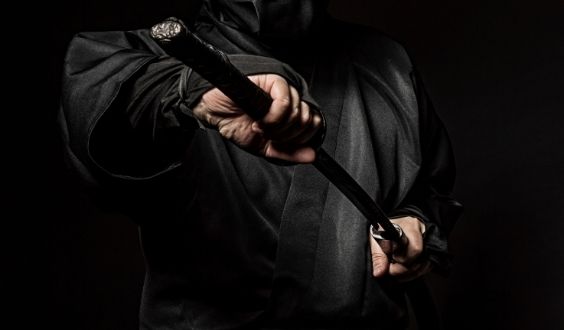 A Comprehensive Guide to Ninja Swords

The ninja sword has become a staple in popular culture. It is often romanticized as being the ultimate weapon for stealthy assassinations, but it was actually not invented until after ninjas had already been active for several centuries. The earliest forms of these swords were originally used by samurai warriors and were typically forged from katana blades or daggers. Despite ... END_OF_DOCUMENT_TOKEN_TO_BE_REPLACED 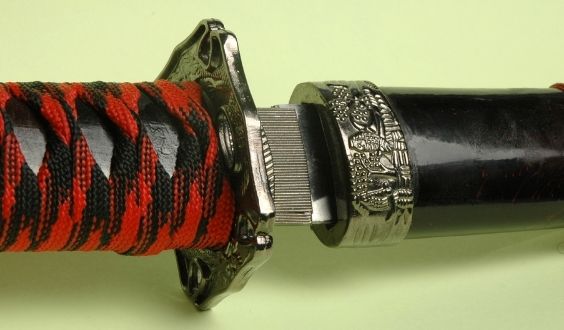 Pros and Cons of Customizing Your Sword

Sword customization is the act of changing the design, look, material or overall appearance of an existing sword. Customizing your sword can be a great way to express yourself and make it uniquely yours. It is also a fun and creative way to add personality while still maintaining the functionality of what you need. If done correctly, the customization can ... END_OF_DOCUMENT_TOKEN_TO_BE_REPLACED 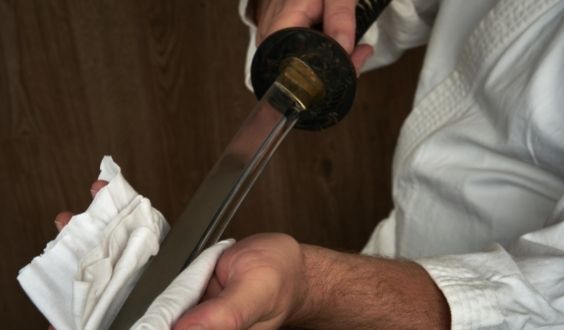 A sword is a piece of art, history, and culture. It is also a great tool for exercise and physical activity if you are taking the time to practice with it. Just like any other valuable possession, it needs to be cared for in order to preserve its value. You wouldn't drive your car without oil or water would you? ... END_OF_DOCUMENT_TOKEN_TO_BE_REPLACED 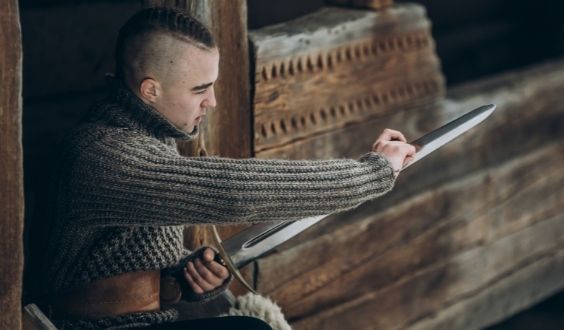 Important Things to Consider When Sharpening a Sword

To have a sword become dull is an unfortunate event for any sword owner. When a sword is sharpened poorly, it may not only cause damage to the sword but could also injure the person who is trying to sharpen it. This is why it is important to always keep your swords sharp. Before attempting to sharpen your sword though, ... END_OF_DOCUMENT_TOKEN_TO_BE_REPLACED 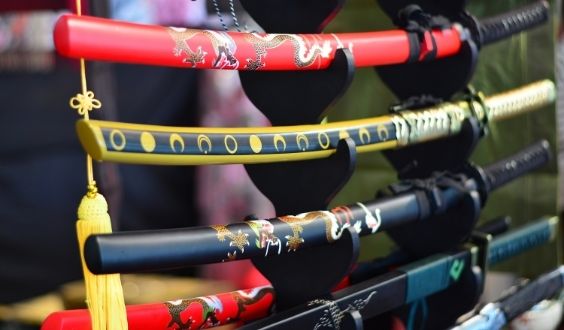 A katana is a Japanese sword that has been in use for over 2000 years. These swords have been used by samurai warriors throughout Japan's history, and they are recognized as the symbol of the samurai. The authentic blades sold on the market today vary in quality, but there are several things that you need to know before buying one. ... END_OF_DOCUMENT_TOKEN_TO_BE_REPLACED 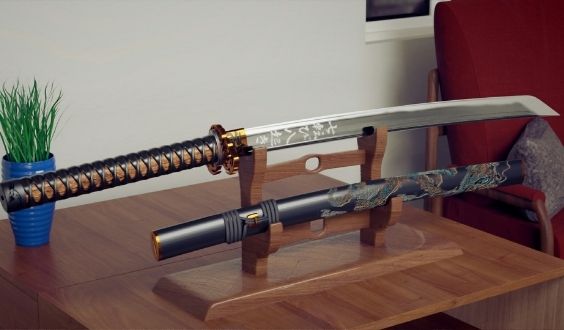 It can be a daunting task to find the perfect sword for your needs. The best way to buy a katana is to educate yourself about them, their history, the materials used to make them, and their market before you start shopping. This article will help guide you through the process of making such an important purchase. Read along this ... END_OF_DOCUMENT_TOKEN_TO_BE_REPLACED 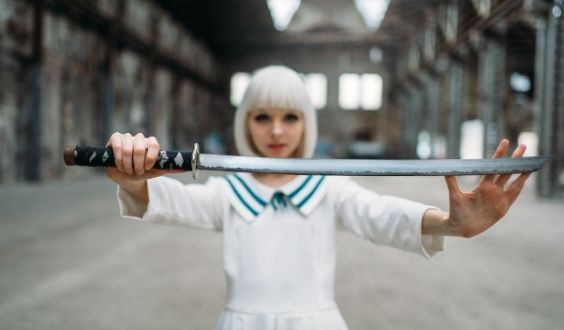 There are few things more satisfying than wielding and owning a sword. Whether it's for self-defense, a form of appreciation for the craftsmanship and art of the sword, or just because you love anime, some people enjoy the feeling of having one. If you have ever thought about buying an anime sword of your own, you may be wondering where ... END_OF_DOCUMENT_TOKEN_TO_BE_REPLACED 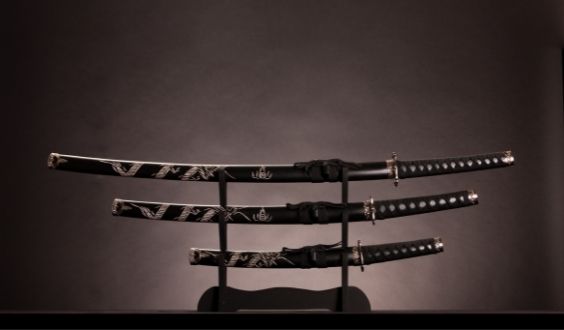 Katana samurai swords are an item that many people collect. It has grown in the public's popular psyche due to the various movies and television shows depicting samurais. Collecting katanas or samurai swords will not only make great decorative pieces to a home, but also help the buyer keep in mind the values of the samurai. The best katana samurai ... END_OF_DOCUMENT_TOKEN_TO_BE_REPLACED 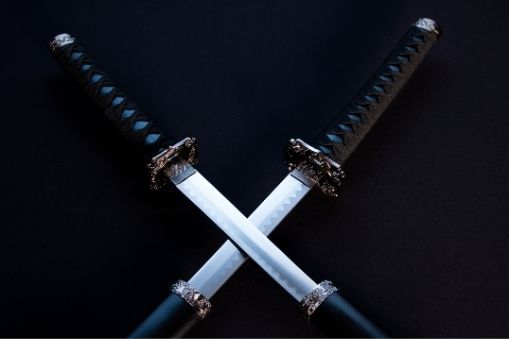 The Wakizashi entered into Japanese history around the 15th or 16th century. The Tokugawa shogunate during the Edo Period decreed that samurai were required to wear the daisho. Interestingly enough though, the Wakizashi was not an exclusive blade. Common folk and merchants were found wearing wakizashis due to the thread of bandits in the region. 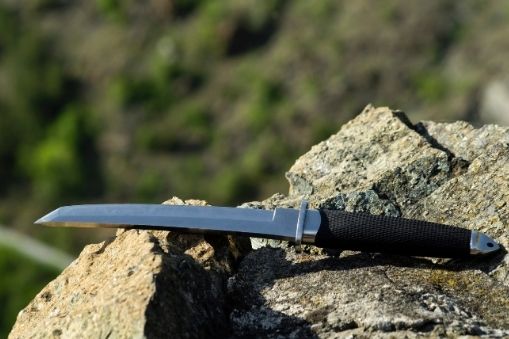 Samurais have captured the imagination of people the world over due to the romantic pop culture depictions in comics, TV shows, and movies. One could say it would be the honor that they live by. Others would point to their discipline. In truth, there are many things about samurais that catch the people’s imagination and attention. For now, we’ll look at the weapons of the samurai, specifically the tanto. 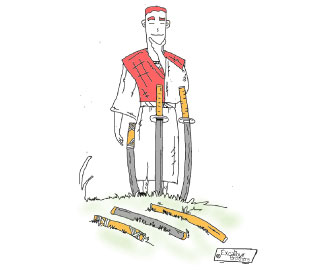 The Differences Between Samurai, Ninja, and Katana Swords

The Differences Between Samurai, Ninja, and Katana Swords Let’s dive in, or Go Directly To Our Samurai Swords, Ninja Swords & Katanas. The samurai were the elite of Japanese society. They generally carried 2 swords. The longer curved edge traditional Samurai sword was usually around 36″ long and a shorter sword of like design known as a katana was usually around 24″-26″ long. The swords that the samurai carried were made ... END_OF_DOCUMENT_TOKEN_TO_BE_REPLACED