The Differences Between Samurai, Ninja, and Katana Swords 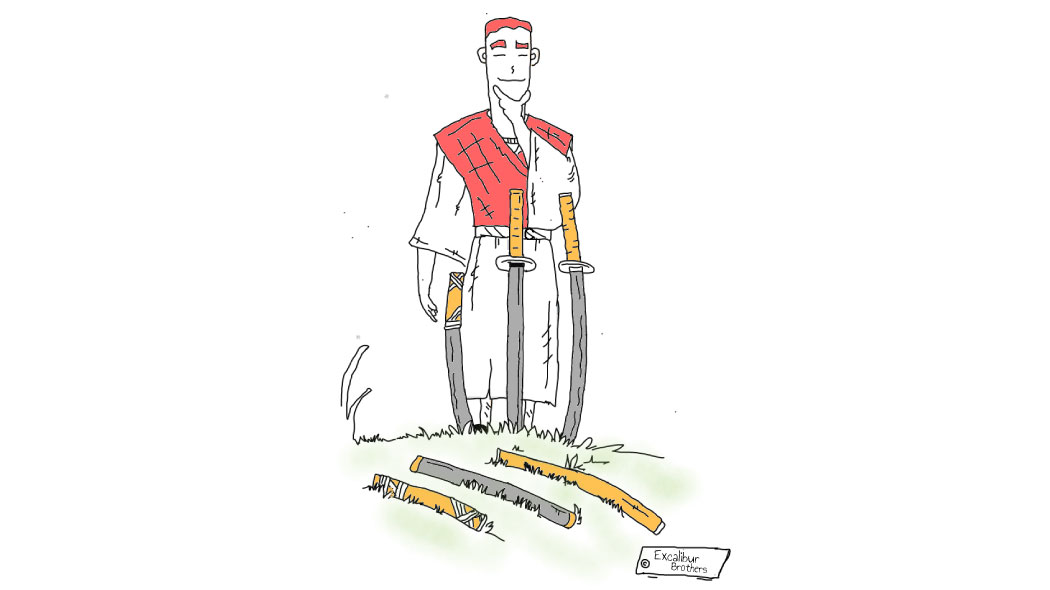 Let’s dive in, or Go Directly To Our Samurai Swords, Ninja Swords & Katanas.

The samurai were the elite of Japanese society. They generally carried 2 swords. The longer curved edge traditional Samurai sword was usually around 36″ long and a shorter sword of like design known as a katana was usually around 24″-26″ long.

The swords that the samurai carried were made of high-carbon steel, were often conferred to show status and often took months to make. Each sword was custom made and designed for the individual Samurai. Great care was taken in making of the swords as they were not only weapons but also symbols of status and position.

Ninja swords were more the length of the Samurai’s Katana but were straight edged instead of curved. This was because the Ninja did not have access to the high-carbon steel that the elite had. The Ninja used his sword in a stabbing motion. Thus the need for more stealth as they had to get closer to their victims.

The Samurai’s sword was designed for use with both hands in a slicing motion that cleaved limbs from an opponent even through armor. The Katana was used for closer in-fighting and to perform the hari-kari ritual. 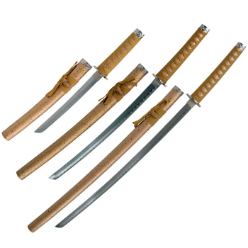 Another reason for the Ninja sword’s shortness is that it was often used to climb in difficult environments. The ninja could shove the sword into the earth or a wall all the way up to it’s hilt and use it to reach higher. Also the scabbard could be made longer than the sword so many had a compartment that could carry other small weapons and poisons. Ninja’s used poison to do their work many times because it was easier and more sure way of killing their target. Many scabbards were even cleverly designed to allow the cap to be removed so the scabbard could be used to breathe while hiding under water in ponds, rivers, lakes or streams.

Feudal Japan is such a fascinating and interesting time. This is evidenced by the many movies, televisions shows, and even video games that play out in this age.

Part of the interest may be in the rich history that is saturated with historical stories and wisdom. It could be the tales of bravery and the fire of battle.

The interest could also be in the martial prowess of the primary characters of the time; the samurai’s noble yet fierce fighting spirit and the ninja’s cunning and creativity. People are also fascinated with the weapons of samurais and ninjas.

Between the samurais and the ninjas, there are a lot of weapons being used. For ninjas, they have shurikens and kunais. Perhaps the most iconic one is the katana associated with the samurai.

Let’s first take a look at the various types of samurai swords.

The samurai were composed of an elite few. They were considered the ruling class at the time. They took on military matters, and eventually, their class became one of the highest classes in all of Japan.

These samurai carried a variety of weapons. Here are the different samurai swords and the differences of each.

First is the katana. It is often distinguished by a long curved blade. The curvature is approximately 1 inch. It is usually handled with two hands and can strike from a distance. Its blade is single edged and has a hilt often shaped in a circle or square. 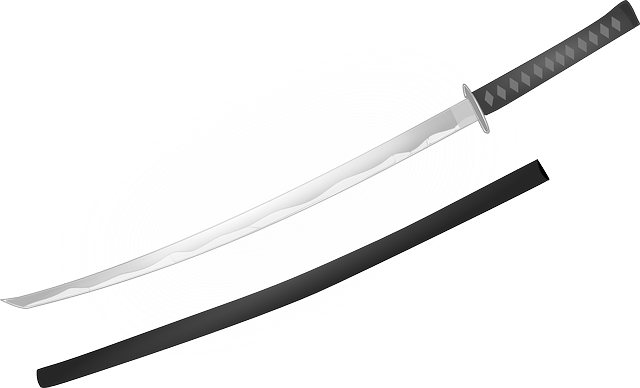 Usually, the katana’s length goes from a total of 3 to 4 feet in length. The hilt takes up a fourth of this length.

Next, we have the wakizashi. This type of samurai sword is often worn with the katana. It can be seen as the katana’s “little brother”. In fact, taken together, the katana and wakizashi are called the “daisho” and roughly translates to large and small. It typically measures at around 50 cm.

This shorter weapon was the typical side arm of the samurai. It was worn by the samurai at all times. Oftentimes, when samurai entered houses or estates of other people, they would leave their katanas but keep their wakizashis.

Let’s move on to the tanto. The tanto is similar to the wakizashi. It is a small dagger typically carried by early samurai. Although by the end of the samurai era, the tanto was usually used for decorative purposes. 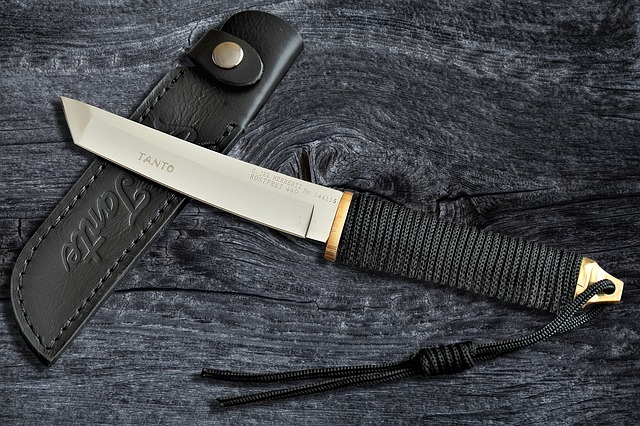 These blades could either have single or double edged blades. They were typically used for piercing or stabbing.

Then we have the nodachi. This was a massive or great sword that is bigger and longer than the katana. Foot soldiers often carried these weapons and were good against cavalry or when in open spaces. Conversely, these weapons are not good for close range fights or constricted spaces.

Finally, we have the tachi. The tachi is actually the samurai sword preceding the katana. It is longer and larger than the katana, with the average length reaching 75cm.

This sword was specifically for samurai on horseback. They would use the tachi’s length to charge and take down foot soldiers.

We have gone through the various samurai swords. The biggest distinction that the katana has is the curved blade and the workmanship put into it. Let’s learn more about the katana.

The katana is seen as the greatest and most effective melee weapon that has ever been created by man. It combined the beauty of craftsmanship, the strength of a blade that can cut a man in two, and the accuracy to split a fine hair in two.

Prior to the katana, the samurai were using blades called chokutos. The blades were straight in nature since at the time they often fought on foot. However, when the battlefield introduced horses, everything changed.

One blacksmith found that most of the swords that were made for war often came back destroyed. The blacksmith – Amakuni – studied what was happening and came back with the new curved edge blade. It was called the tachi. 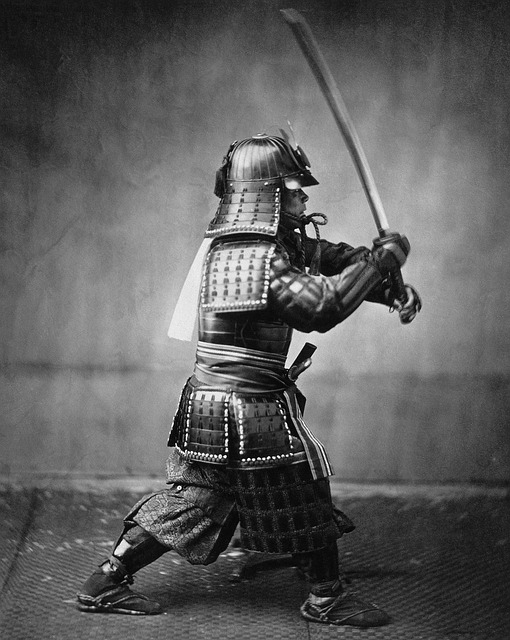 Unfortunately, the tachi would ultimately fail when the Mongol cavalry attacked in the thirteenth century. Thus, the katana was born. It was designed to cut from the bottom up. This was used when samurais would unsheathe the swords for an attack.

The katana is a unique and special weapon. All of this starts with the crafting process. It goes through various phases.

The first phase is the casting. The katana is made up of fine iron sand. The steel used for a katana is very distinct. It is necessary for the blacksmith to take out the oxygen and make carbon instead.

This was done by heating the steel via a low temperature in a furnace.

The next phase is folding. This is a process done by hand. Blacksmiths heat the metal, hammer to thin it, and cool it in water. When the metal has reached twice it’s size, it is folded upon itself and the process begins again. This folding process happens at least 13 times.

During the folding process, blacksmiths aim to mix the iron and the steel along the whole blade. At the same time, they seek to cleanse the metal of any and all impurities. 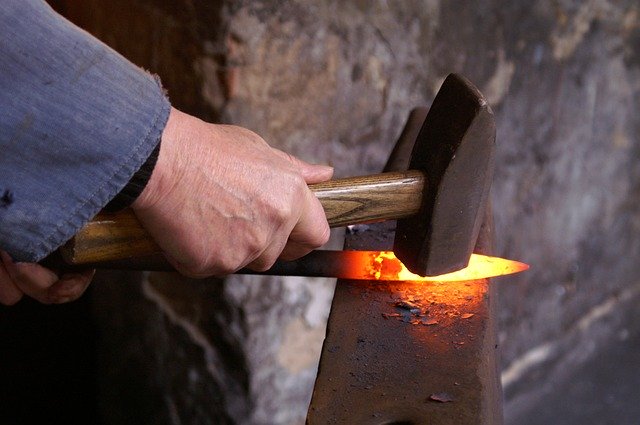 Once this process is complete, the blade has very little carbon in it. This means that the blade is then very flexible.

The third process is called differential tempering. In this process, the blacksmith seeks to strengthen the blade while maintaining the flexibility.

As the blade hardens, a combination of clay, ash, and sand is put on the blade’s spine. On the blade though, a mixture of coal dust is spread.
The heating and cooling actions continue. By the end, the curve of the blade naturally occurs.

The final process is the polishing. This is the process that brings the katana to its final form.

Ninjas are also one group from the Feudal Japan era that people are fascinated with. Do they employ the same swords as the samurai, or do they have their own? Let’s find out, shall we?

The typical ninja sword is called the ninjato. This is the ninja’s primary weapon. It could be as long as a katana or even shorter. It is give or take 24 inches in length. However, there are various differences that should be pointed out. 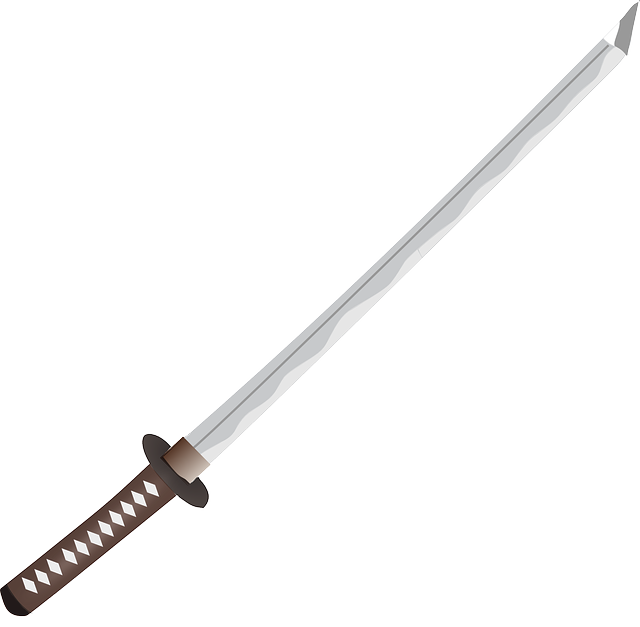 First and foremost, the steel used to make a ninjato is very simple. It could almost be called crude. This is due to the fact that most ninjas were poor and they did not have the resources that the samurai did.

In truth, the ninja sword is vastly different from the katana because of the reasons on why they were made. While the samurai made katanas as a symbol of their elite nature, the ninjato was created for whatever purpose the ninjas needed.

While they were perfectly reasonable weapons for attacking and defending, the ninjato was also fashioned for practical uses. They could use them for climbing walls, digging holes, and cutting a variety of items like wood, cloth, and rope.

So what were the main differences between the katana and the ninjato?

For one, katanas were symbols of status. Therefore, they were very important and revered by the samurai. This can be seen in the intricate and elegant crafting process of the katana.

Thus, the katana cost a lot. It was considered a great honor to carry a katana.

On the other hand, the ninjato was seen as a simple tool. They were not revered weapons, but practical tools that ninjas needed for a variety of actions. Thus, there was little to no value placed on the ninjato.

While the samurai would cling to their katanas with their lives, the ninjas had no qualms of losing or leaving their blades.

Which is better, Samurai or Ninja weapons?

Despite their differences, both the samurai and ninja weapons are still extremely fascinating. Just delving into the nature of both weapons will allow you to uncover more history and interesting information about each.

The answer lies in the question, what fascinates you more? Only then will you realize which is better for you.

You might also want to check our products on Samurai Swords | Katana.